If Everest, our highest mountain, were placed at the bottom of the deepest part of the ocean, its peak would be more than a mile beneath the surface.

More than 3.4 million people die each year from water, sanitation, and hygiene-related causes. Nearly all deaths, 99 percent, occur in the developing world.

An American taking a five-minute shower uses more water than the average person in a developing country slum uses for an entire day. 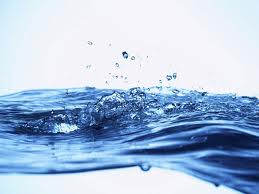 Most of the earth’s surface consists of water; there is much more water than there is land.

Water can not only be found on the surface, but also in the ground and in the air.

There is the same amount of water on earth as there was when the earth was formed. The water that came from your tap could contain molecules that Neanderthals drank…

The overall amount of water on our planet has remained the same for two billion years. 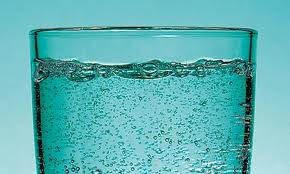 There are two kinds of water; salt water and freshwater. Salt water contains great amounts of salt, whereas freshwater has a dissolved salt concentration of less than 1%. Only freshwater can be applied as drinking water.

Water moves around the earth in a water cycle. The water cycle has five parts: evaporation, condensation, precipitation, infiltration and surface run-off.

In a 100-year period, a water molecule spends 98 years in the ocean, 20 months as ice, about 2 weeks in lakes and rivers, and less than a week in the atmosphere.

Groundwater can take a human lifetime just to traverse a mile.

Most of the earth’s surface water is permanently frozen or salty.

Water is the only substance that is found naturally on earth in three forms: liquid, gas, solid.

Frozen water is 9% lighter than water, which is why ice floats on water.

A litre of water weighs 1.01 kilograms. It doesn’t take much salt to make water “salty.” If one-thousandth (or more) of the weight of water is from salt, then the water is “saline.”

Saline water can be desalinated for use as drinking water by going through a process to remove the salt from the water.

When water contains a lot of calcium and magnesium, it is called hard water. Hard water is not suited for all purposes water is normally used for.

Each country has its own water quality standards that determine to which degree water should be purified, depending on the purpose it will be used for.

We can help you with your water monitoring requirements. For more information please complete the form below.