Camlab have a good choice of overhead stirrers for most applications. The type and choice of accessories is really determined by the size and viscosity of the sample. The larger the product and the more viscous it is, the more powerful the stirrer with more torque to move the paddle through the liquid at an even rate. 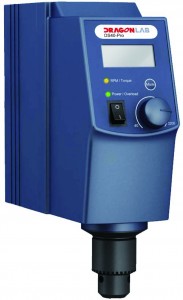 Choosing the right accessories is important.

For highly viscous samples a laminar paddle should be used to mix the sample without causing bubbles and aeration. Laminar paddles are made of stainless steel or PTFE coated and can be used at low to medium speeds. Turbulent crossed stirrers and straight stirrers are more suited to less viscous fluids and act in a similar manner to magnetic stirrers creating shear forces to mix the product. One of the fascinating aspects of high-viscosity mixing is that the mixer must accurately and intensely moves the product. First of all, viscous mixing systems should use laminar impellers, not turbulent impellers. Laminar impellers generally fill the entire mixing tank. In the viscous range, the formation of eddy currents is limited. The mix tends to flow primarily in streamlines and stops flowing a short distance from the blade; there is very little turbulent flow to promote mixing. Accordingly, the high energy levels imparted by the mixing blade dissipate within a very short distance, resulting in localized heat build-up and poor heat exchange. 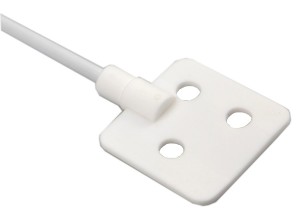 What Are You Trying to Achieve?

Uniformly blending two or more ingredients is usually the reason for mixing. That uniformity (or lack thereof) can affect the reaction, stability, durability, performance and other parameters of the resultant product. That being said, consider the major factors in how uniformity is achieved and the consequences of achieving it. Some of these factors include both the times and techniques of loading, mixing, cleaning, discharge, maintenance downtime, power consumption and mixer design (including vacuum, pressure and temperature control). Remember to carefully review the effectiveness of the whole mixing system, not just the performance of the mixer.